skip to main | skip to sidebar

my tombstone will say poet 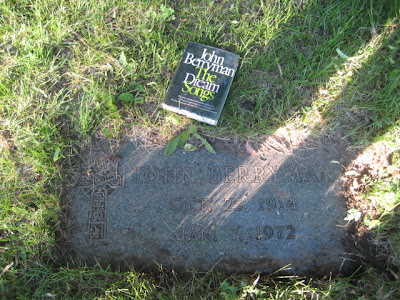 I miss him. When I get back to camp
I'll dig him up. Well, he can prop & watch,
can't he, pink or blue,
and I will talk to him. I miss him. Slams,
grand or any, aren't for the tundra much.
One face-card will do.

It's marvellous how four sit down—beyond
my thought how many tables sometimes are in forgotten clubs
across & down the world. Your fever conned
us, pal. Will it work out, my solitaire?
The blubber's safe in the tubs,
the dogs are still, & all's well . . . nine long times
I loosed & buried. Then I shot him dead.
I don't remember why.
The Captain of the supply ship, playing for dimes,
thinks I killed him. The black cards are red
and where's the others? I—
John Berryman

This poem chose us. On Tues, June 5th we visited John Berryman's gravesite at Resurrection Cemetery in Mendota Heights, MN. (it was my idea). Jules, Lynette & Kari gathered around his grave, a little overgrown after all these years. I wonder who the last person was who visited? We brought the Dream Songs book and decided to each read a poem. Lynette opened the book first: 111.
Spooky....we miss him too. Why is he buried here? It seems like he is buried next to his mother. 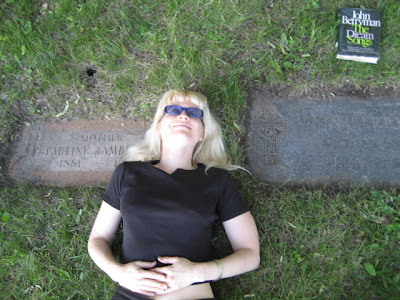 Lynette wanted to lie between John and his mother. 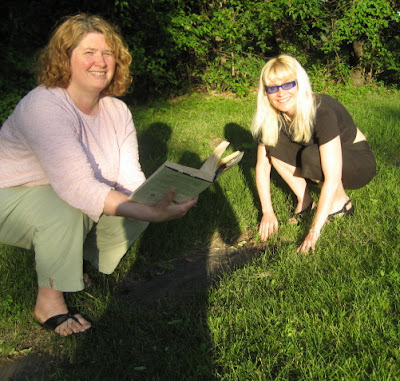 This is a Catholic cemetery. Kari was fascinated by the icons here. I thought it was lots of money laying around in dirt and marble. They can't take it with them so they leave it here. I do not want to be buried in a cemetery that restricts itself to one type of religion. (creamate me, please and spread my ashes over water or bury them in a library) These were some of my favorites: 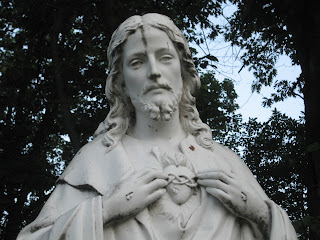 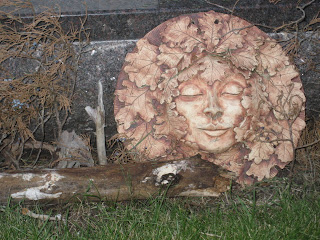 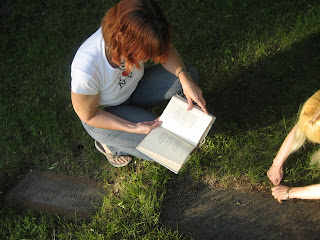 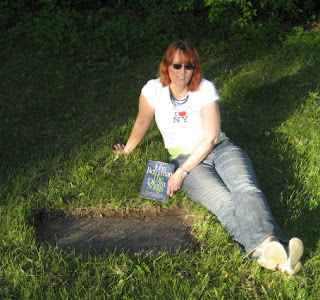 Jules dream song was 319. The peg leg one....Berryman committed suicide on January 7, 1972 by jumping off the Washington Avenue bridge, waving to the onlookers and falling onto the ice. His father shot himself outside his window when John was 8, was that suicide or murder? His mother remarried shortly after, to the man that would give him his last name of Berryman. (It was orginally Smith)

The poets are still here, we are still listening. We will keep the grass from overgrowing around his grave. Afterwards, we stopped by Matt's Bar. Mr. Berryman would have liked that.

did the words get through? 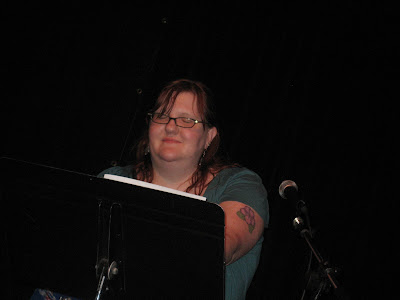 Erin - we love your tattoos and your poetry.


Trio Tipo opened the set and after 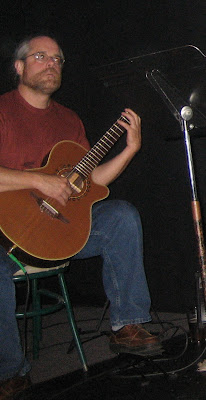 much waiting we were on. (who were those other poets anyway?) 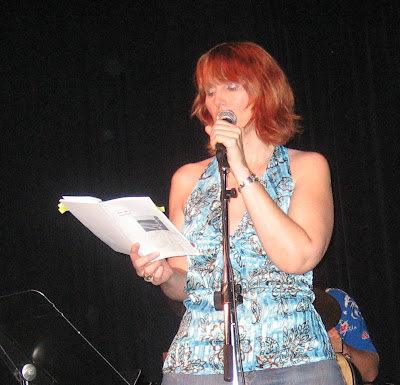 Jules....at one point she
played a tape of Liam (her instructor
at Bennington) reading a couple of
her poems.
(backed up by Terry on percussion) 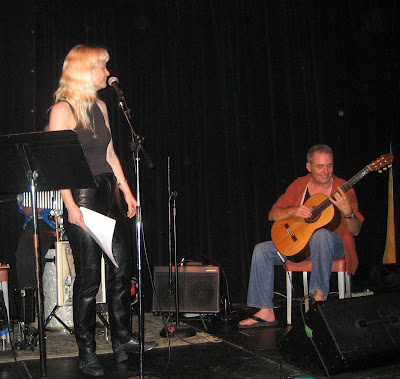 with Chris of Trio Tipo

jules
The autobiography of turquoise is a brief glimpse into my writing and reading life.